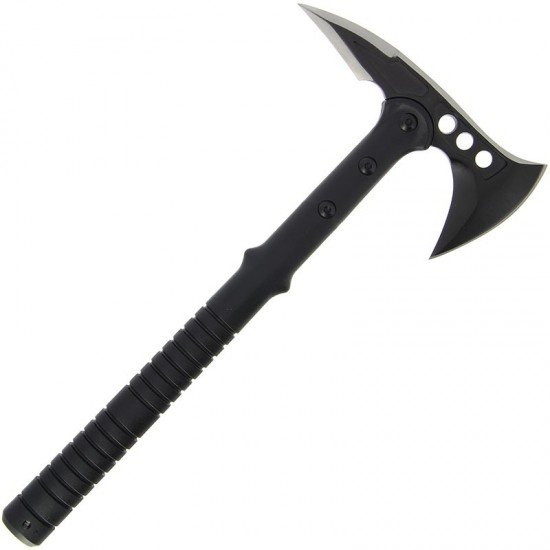 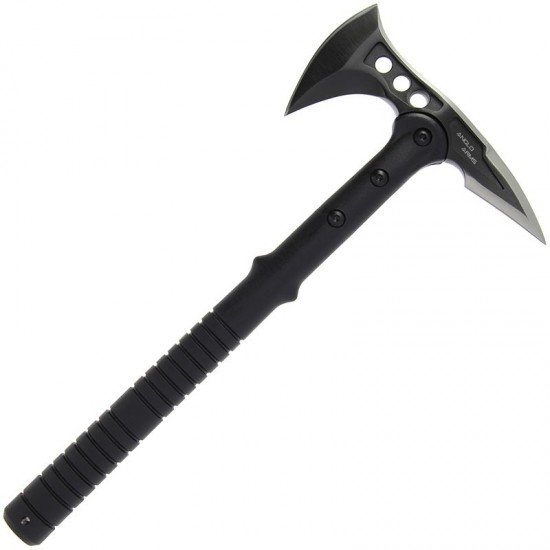 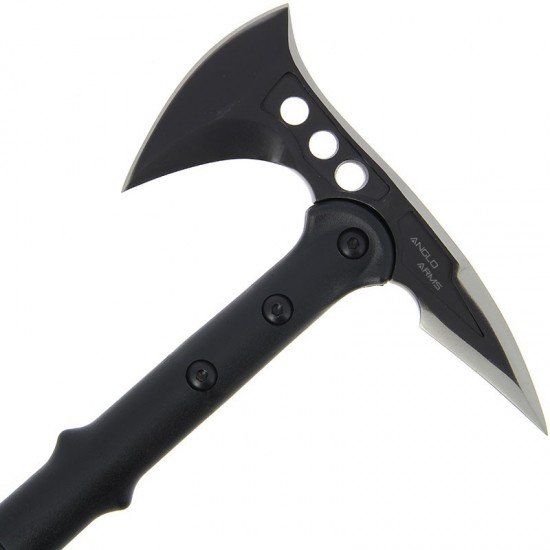 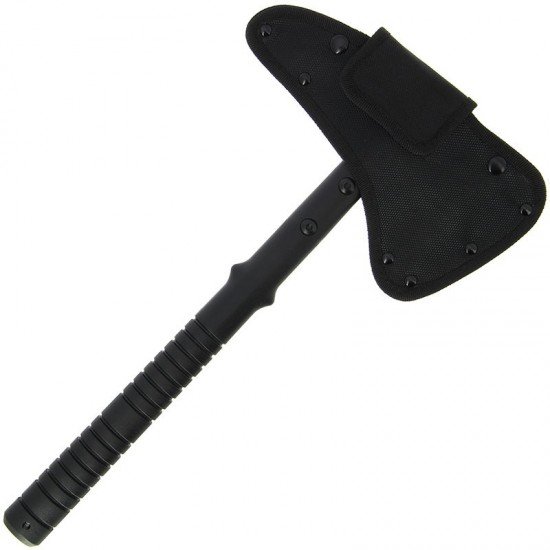 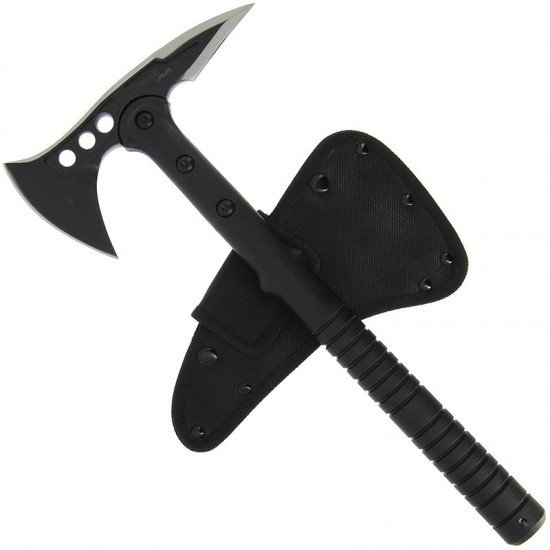 Double Sided Axe
Based on 0 reviews. - Write a review
£24.95
Notify Me
Add to Wish List

Blade The Anglo Arms 121, bears all the hallmarks of a traditional tomahawk axe but with a few modern improvements like the use of super strong polymer for the handle, the scratch resistant protective black oxide coating and a carefully balanced axe head. The 121 is a combat-ready axe that's constructed from 440-grade stainless steel with a partial tang and a razor sharp blade that has an impressive 95mm cutting edge and a 67mm deep pick edge. Handle The 185mm fluted polymer handle provides the Anglo Arms Tomahawk with plenty of surface grip for single or two-handed use. The handle is secured to the axe head via hex bolts to the partial tang so that the head can be removed for sharpening if required. Sheath The Anglo Arms 121, Tomahawk axe is supplied with a heavy-duty nylon sheath with a rear mounted belt loop and two press stud fasteners and a velcro securing strap. The sheath seems are reinforced to eliminate fraying and strengthened with pins to avoid splitting.

Tags: anglo arms , axe , double sided
Over 18
You must be over 18 to buy from our website
Delivery Times
Usually takes 2 days from dispatch
Safe Shopping
Your payments are 100% secure

Quickview
Axis Compound Bow
£262.95
Add to Basket Add to Wish List
This site uses cookies. By continuing to browse this site you are agreeing to our use of cookies.

The product is currently Out-of-Stock. Enter your email address below and we will notify you as soon as the product is available.