Menu
Your Basket
THE ADD TO BASKET BUTTON HAS BEEN REMOVED, AS WE ARE TEMPORARILY CLOSED.

You can buy a foot stirrup as an optional extra for the 50lb version.

Hunting animals with a crossbow in the UK is illegal.

Crossbows are for sporting and recreational use only. 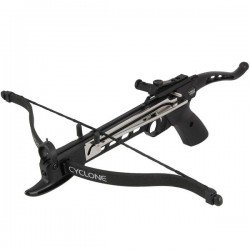 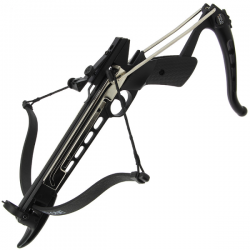 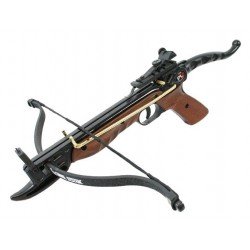 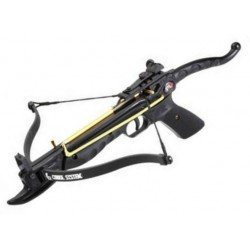 80lb
Cobra 80lb Self Cocking Aluminium Pistol Crossbow
EK Archery Cobra 80lb Aluminium Self Cocking Crossbow (It's the same model as the Armex Tomcat MK2)This is our favourite pistol crossbow and our customer favourite.Unlike the some of the other models, this crossbow has an easy to use self cocking handle, this makes it much easier to pull the string ..
£59.95
Add to Basket
Add to Wish List
Quickview 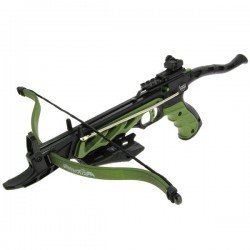 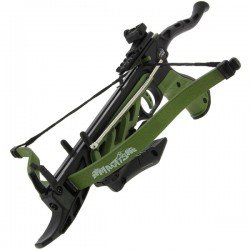 80lb
Mantis 80lb Self Cocking Resin Pistol Crossbow
This is our new favourite pistol crossbow. Unlike some other models, this crossbow has an easy to use self cocking handle, this makes it much easier to pull the string back. It features a 20mm weaver rail, ideal for fitting our red dot sight on. Safety information:• You should always ..
£59.95
Add to Basket
Add to Wish List
Quickview 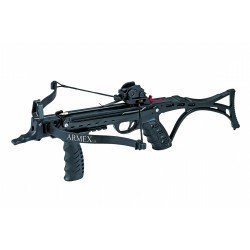 80lb
Tomcat II 80lb Pistol Crossbow
The new 80lb black Tomcat II pistol crossbow from Armex, with tactical foregrip.Featuring the a dual safety system and rifle stock, the Tomcat II crossbow comes with wax, string, stringer, three bolts and everything you need to get started. DRAW WEIGHT (LBS): 80 FEET PER SECOND: 195 LENGTH (IN)..
£69.95
Add to Basket
Add to Wish List
Showing 1 to 4 of 4 (1 Pages)
This site uses cookies. By continuing to browse this site you are agreeing to our use of cookies.

The product is currently Out-of-Stock. Enter your email address below and we will notify you as soon as the product is available.